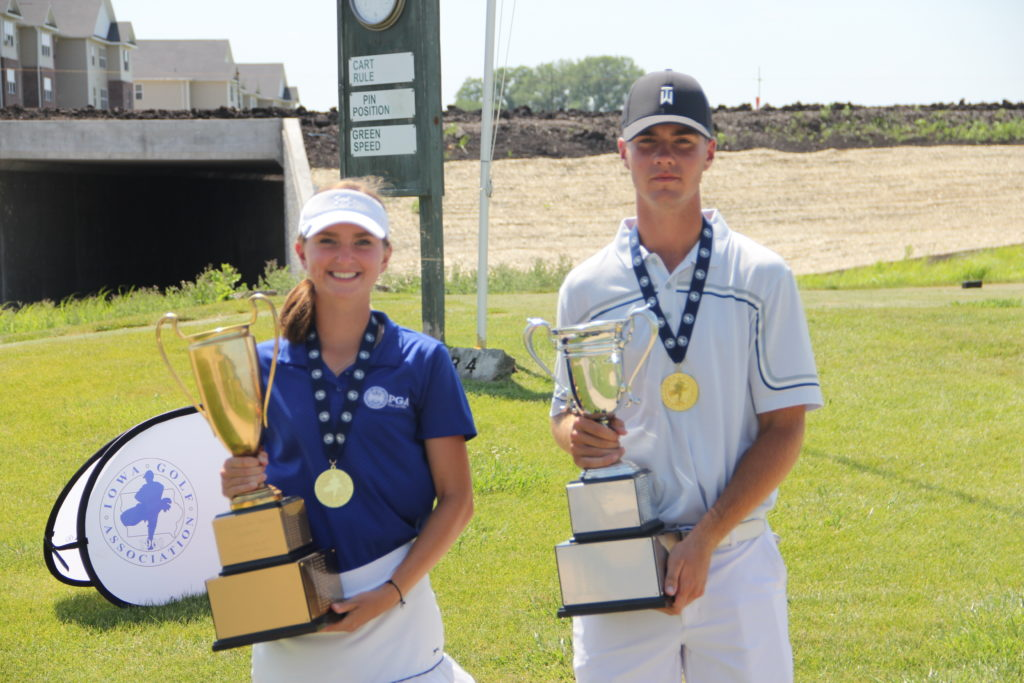 Two more Iowa Junior Amateur Champions were crowned on Wednesday at Coldwater Golf Links in Ames. Hogan Hansen (above right), from Waverly, defeated Nate Spear in a playoff to finish first in the Boys’ Division. Tatum Depuydt (above left), of Marion, recorded a three-round total of 225 and won the Girls’ Division by three shots.

After an extremely windy first round, Spear had the edge over the field. Spear carded 1-over 72 and had the low round of the day. Hansen trailed by six shots but knew the weather would be more favorable for his upcoming rounds.

In the second round, Hansen fired a 3-under 68 and climbed into first place. In that round, Hansen recorded four birdies and eagled the seventh hole. Spear couldn’t find a spark to his second round and finished with a 76.

A late final round battle between Hansen and Spear started to brew. Spear, who was down four shots with seven holes to play, flipped a switch and caught fire. He holed out for eagle on the par-4 12th and birdied holes 14, 15 and 16. Hansen saved par on 18 and the two were bound for a playoff.

In the playoff, Spear found trouble off the tee and then hit into a greenside bunker. Hansen found the fairway, but his second shot went over the green. Both players were trying to make an up-and-down to see if they could extend the playoff, but Spear’s bunker shot stayed short of the green. Hansen made his par putt and won the playoff over Spear to earn the 2021 Iowa Junior Amateur title.

The 2020 Iowa Amateur Champion, Hunter Johnson, managed to hang around the top of the leaderboard and finished in third place overall. Fourth place finisher, Corbin Walker recorded a three-round total of 222 and Mason Weeks posted 224 and earned fifth place.

Tatum Depuydt was heading into her second round in a tie for third place after posting a 79 with a lone birdie coming on the par-3 hole 16. The first-round leader was an Ames native, Eden Lohrbach, who came into the clubhouse with a 76.

Many competitors in the Girls’ division had success in their second rounds as the windy weather calmed down. Amber Henson and Erika Holmberg shared the low round of the day, recording a pair of 73’s. Tatum Depuydt recorded two birdies and shot a round of 75 to play in the last grouping of the final round.

During the final round, Depuydt, Lohrbach and Paige Hoffman continued to fight for first place. Depuydt had the upper hand heading into the back nine and managed to card a 1-under 35. This sealed it and Depuydt posted an even round of 71 and was crowned the 2021 Iowa Junior Girls’ Amateur Champion.

Lohrbach finished in second place after a round of 74 on the final day. Hoffman posted a three-round total of 230 and Kiki Bruner took fourth place with a 234. Amber Henson earned fifth place with a 235 total. 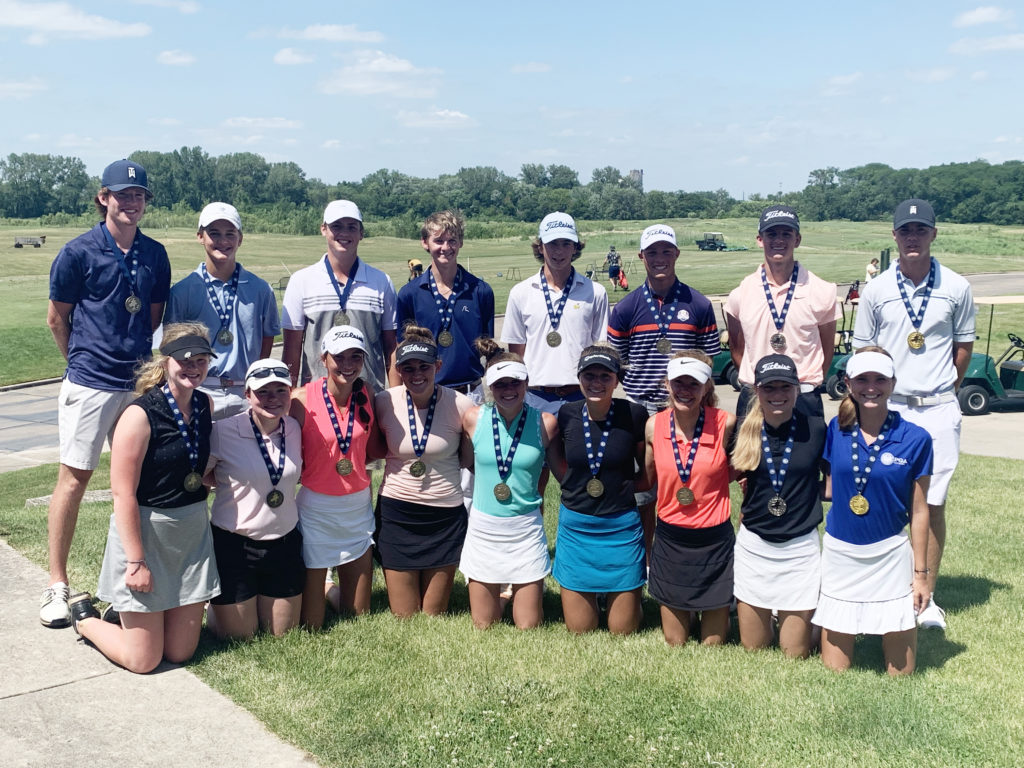