CAREFREE, Ariz. – With its new name and expanded player division, the Trans-Mississippi Senior & Mid-Master Championship is headed back to the Arizona desert for the first time in five years. Desert Forest Golf Club in Carefree, Ariz., will host the 54-hole stroke play event from May 15-17.

Traditionally the first event each year on the Trans-Miss calendar, the Senior & Mid-Master Championship has a rich history of desert landscape venues. Last year, Iowa’s Gene Elliott won at Eldorado Country Club in Indian Wells, Calif. Jeff Burda from Sacramento was victorious in 2014 at La Quinta Country Club in nearby La Quinta, Calif.

Both of those clubs are located in the Palm Springs area. The last time it was played in Arizona was in 2013, when Corliss “Corky” Nelson of Dallas scored a one-shot victory in the desert at The Gallery Golf Club.

This year’s championship returns to the Grand Canyon State and to the course that started it all. Built in 1963 for only $250,000 by Robert “Red” Lawrence, Desert Forest is known as the first true desert golf course in America. Appropriately nicknamed the “True Desert Original,” the course sits perched some 2,750 feet above sea level.

There are no out of bounds stakes at Desert Forest, for starters. You also won’t find any water hazards in play, forced carries or fairway bunkers. The club prides itself on being about pure golf and nothing else. Desert Forest isn’t a country club. It’s a golf club. Thus, there is no swimming pool, no tennis courts or other sometimes distracting social amenities.

What is abundant, however, is stellar golf that challenges a player at every turn. The contoured fairways provide uneven lies and tricky angles into large, undulating greens that require thought and patience. On the margins of the course is the Sonoran Desert, picturesque in its beauty, yet punishing for balls that end up there.

Lawrence, who went on to build several courses across the American Southwest, moved hardly any earth in his construction of Desert Forest. Instead, he let the land dictate the routing, which created an authentic golf experience that is in perfect balance with its painted surroundings.

“The straight driver will be rewarded. You have to keep it out of the Sonoran Desert,” said Brandon Rogers, in his 20th year as the club’s Head Professional. “Coming into the greens, it’s tough to get the ball close to hole. If you short-side yourself, getting up-and-done becomes very difficult. You’re better off being on the front edge of the green than being pin-high right or left if you miss the green.”

Despite the absence of water hazards and fairway bunkers, Rogers said Desert Forest offers a plethora of risk-reward opportunities.

“The risks and rewards are constant,” Rogers said. “You find yourself asking, ‘How much of this do I want to take on?’ There are a lot of options for better angles into greens, but you have to take aggressive lines. Then there are shorter par-4s to consider. A player might want to force driver into a narrow spot to get a wedge into a green.”

Once you’re on the greens, Rogers warned, a whole new set of challenges arise.

“You have to be on the correct side,” Rogers said. “The green contours make the player have to understand the where the slopes are, which can either reward or penalize a player. If you get on the wrong side of a slope, you have to putt over or across it. Getting a putt close becomes much more difficult to manage.”

Previously open to the nation’s top senior amateurs at least 55 years old, the Trans-Miss Golf Association’s Board of Directors in February voted to expand the field with a new “Mid-Master” division for amateurs ages 40 and older. The intent is to intensify the competition and bring another pure stroke play championship to a significant portion of the Mid-Amateur demographic.

“This is an exciting move for the Championship,” Trans-Miss Executive Director Rob Addington said. “We want to appeal to the 40-plus demographic. The inclusion of the country’s best middle-aged amateurs will enhance our event, and it puts us on similar footing as other top national amateur events that attract elite mid-amateur and senior competitors.”

With the change, the Trans-Miss Senior & Mid-Master Championship will have four divisions: Mid-Master (40+), Senior (55+), Super Senior (65+) and Legends (70+). Each division competes from separate tees and yardages over 54 holes of stroke play. A champion will be crowned in each division. 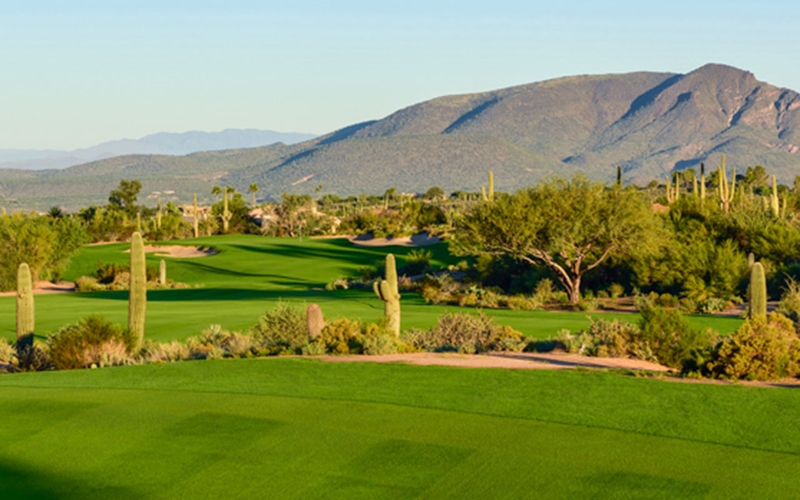