To view the Championship on the USGA Tournament Management App, use the GGID: "WSGASUPSRWMNAM"

The Washington State Women's Amateur is the state's premier amateur championship for women, and traditionally draws the region's best players. Returning this year to defend her title is Marianne Li of Bellevue, Wash. She just finished her sophomore year at the University of California-Berkeley and was the top-ranked junior golfer in Washington while at Newport High School in Bellevue, qualifying for five USGA national championships and winning the 2014 Pacific Northwest Junior PGA Championship.

The field of the Women's Mid-Amateur championship includes heavyweights such as two-time champion Leslie Folsom (2012, 2013) of Tukwila, Wash. and 2014 champion Shawn Farmer of Renton, Wash. Farmer was named the 2016 WSGA Women's Mid-Amateur Player of the Year. Returning to defend her title is 2013 Pacific Northwest Golf Hall of Fame inductee Alison Murdoch of Victoria, B.C.

Past champions of the Washington State Women's Amateur have gone on to make their mark in the golf community, and include Paige Mackenzie (2002), a member of the University of Washington Athletic Hall of Fame who finished her senior year ranked the No. 1 golfer in the nation by Golfweek, and is a studio analyst on Golf Channel and LPGA Tour player; Kelli Kamimura (2001) now is the head coach of the women's golf team at Washington State University; Jimin Kang (1999), who was the runner-up at the 1999 U.S. Women's Amateur while still in high school, and now a two-time winner on the LPGA Tour; Molly Cooper (1997, 2000), who was medalist at the 2000 U.S. Women's Amateur qualifier, and now is the director of tournament and member programs at the Pacific Northwest Section PGA; Renee Skidmore (2005), who competed on Golf Channel's "Big Break" series; and Erynne Lee (2011), who was selected the WSGA Women's Player of the Year in three consecutive years, made it to the quarterfinals or better of the U.S. Women's Amateur three times, and is now a rising star on the UCLA women's golf team. 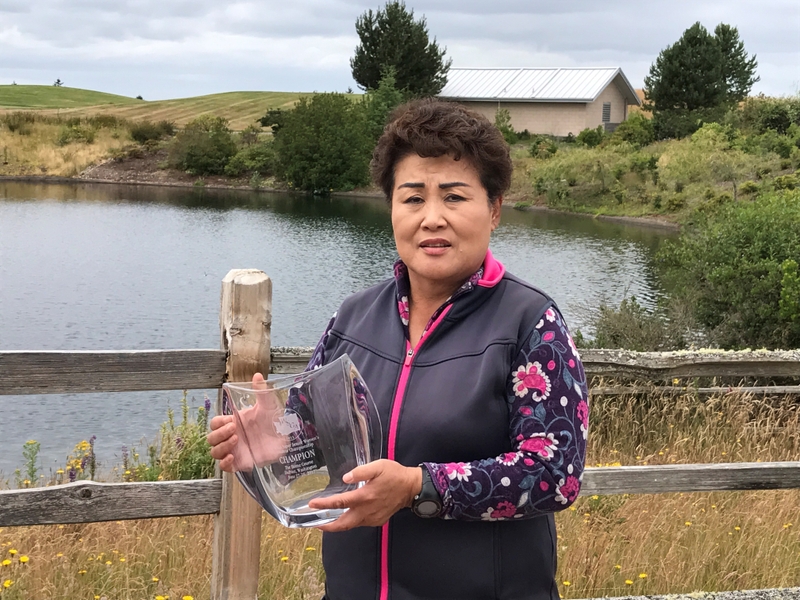