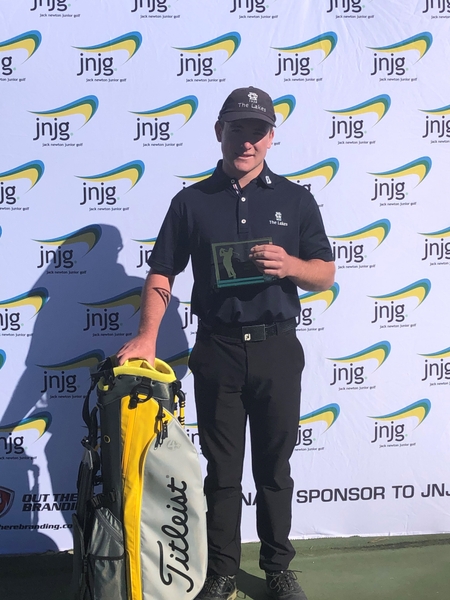 Heading into Round One of the North Coast Junior Masters at the Kew Country Club, Boys Defending Champion Fletcher Murray has since aged out of the junior ranks and will not be back to defend his title, leaving the door ajar for a few players in search of their first JNJG Masters Title. No player will be motivated more than Ethan Harvey (The Lakes), with the long-time JNJG regular playing his final junior tournament before turning 18 later this month. Harvey has been knocking on the door for several years and victory in his final event would be a fitting way to end his junior career.

After Round One Ethan Harvey (The Lakes) has just one round left in his JNJG career and will head into that final round looking for his second JNJG Master Title after a blistering back nine at Kew Country Club. Playing in his final junior tournament, the recent Wollongong GC Club Champion reeled off six back-nine birdies to surge to the lead on a day where scoring was difficult in the cool conditions.

Harvey started slowly with three bogies in the opening six holes before picking up a birdie on the 8th to make the turn at two-over-par. Three birdies in five holes to start the back nine got the 17-year-old to red figures before disaster struck with a double bogey on the 15th. It did not phase the oldest player in the field, who bounced back with three straight birdies on the final three holes to sign for a two-under-par, 68.

Harvey lead by six shots, with Harry Atkinson (Kurri Kurri) and Nihal Gaunder (Cumberland) sharing second place at four-over-par, with Oliver Davis (The Australian) also making the final group after an opening round, 75.

It was an early start to Round two Sunday morning with a very cool breeze blowing and a temperature of 8ºC. Harvey saved his best performance in a JNJG tournament for his last, cruising to victory with a bogey free 68 and four-under-par total as the temperature increased on a Sunny Sunday afternoon on the Lower North Coast. Harvey started the second round with birdies on the 1st and the 7th holes for two-under-par and then finished the back nine with 9 straight pars.

His 13-shot victory sent JNJG Tournament Staff searching for the record books, with the dominant performance the biggest winning margin in JNJG Junior Masters History and a Tournament scoring record for the North Coast Junior Masters to boot.

Final scores for the North Coast Junior Masters can be found here. 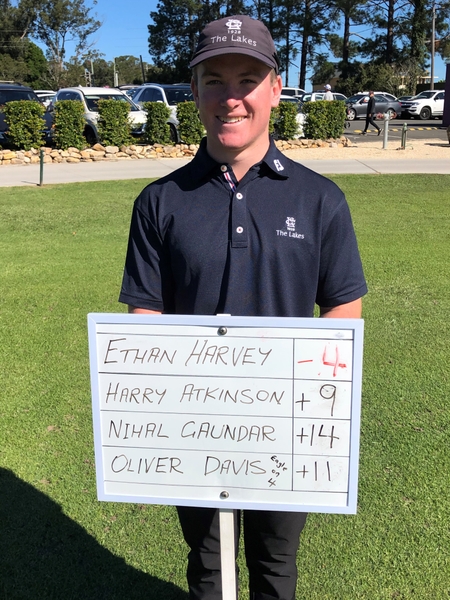