Stasi, who was recently named a 2021 Florida State Golf Association Hall of Fame inductee, began her second round with a smooth bogey-free 1-under-par 35 on the back side. Despite bogeys on the par-4 first and par-4 fifth, she closed out her round with a birdie on the par-4 ninth to card an even-par 72. 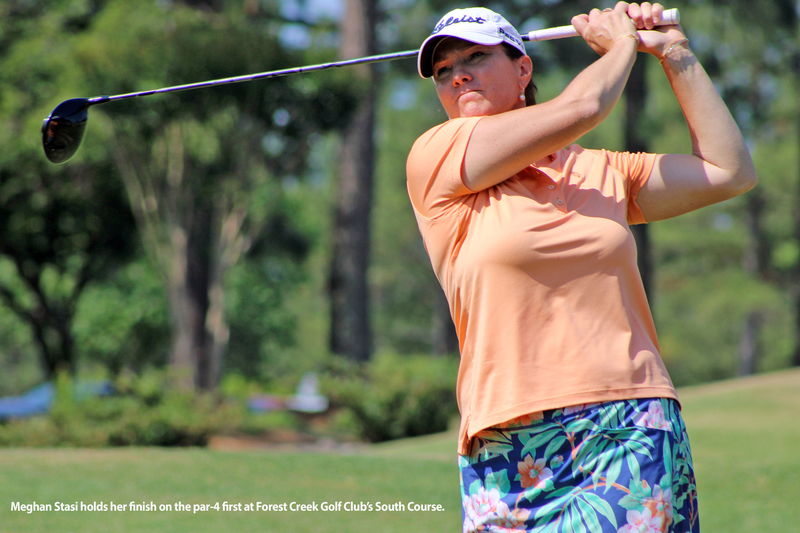 Buck matched her opening 73 with another round of 1-over par on Thursday. She claimed her first victory as a mid-amateur at the 2020 New England Women’s Amateur last July and was a quarterfinalist at the 2019 U.S. Women’s Mid-Amateur. The defending champion also holds a share of the lead with 18 holes to play. Greenlief carded two birdies and three bogeys en route to a second straight 1-over-par 73. On Friday, she will look to claim a second AGA Women’s Amateur title and add to her elite amateur career.

Amanda Jacobs of Portland, Ore. and Mariah Hopkins of Danville, Va. are tied fourth after carding rounds of 75-72. They are 3-over par for the championship and sit one stroke back of the leaders. The 2019 U.S. Women’s Mid-Amateur Champion Ina Kim-Schaad of Rhinebeck, N.Y. is tied sixth with Samantha Perrotta of Bordentown, N.J. at 4-over-par 148 overall.

In the Senior Division, Quinn played a steady round of golf. She carded three birdies and five bogeys en route to a 2-over-par 74 (the low-round of the day in the division). Ellertson, who held the 18-hole lead and won the inaugural AGA Women’s Amateur Championship in October, carded a 5-over-par 77. Quinn and Ellertson are 6-over par for the championship and lead the division by four strokes.

Founded in 1996, Forest Creek Golf Club features two state-of-the-art championship courses nestled within the North Carolina Sandhills. The North and South Course were both designed by renowned golf course architect Tom Fazio. This year’s championship is taking place on the beautiful South Course, which weaves through rolling terrain and features an unforced, natural appearance. To this day, Fazio calls it one of his greatest accomplishments as a golf course architect and is a great test for players of all levels.

Amateur Golf Alliance:  The “AGA” was established to support and promote the amateur game via competitions providing amateur golfers throughout the globe more opportunities to compete at national and international events, and fund research and initiatives that will enhance the landscape of competitive amateur golf.  The AGA has provided financial support for members of the United States practice squads for both the Walker Cup and Curtis Cup teams.

ANERA SPORTS, LLC:  Founded in 2018, Anera Sports has quickly established a presence in the golf community. Anera partnered with Veritex Community Bank to host the Korn Ferry Tour’s Veritex Bank Championship at the Texas Rangers Golf Club. Anera provides event management services to some of the top amateur championships in the country and operates the business of several amateur golf associations including the Trans-Mississippi Golf Association and the Amateur Golf Alliance. Anera also provides consulting services to corporations, clubs and tournaments in the strategic planning, management and implementation of sports related initiatives. Anera has created and managed championships at some of the top-ranked clubs in the country and provides a first-class experience for all parties. Anera Sports is headquartered in Dallas.