About the Prairie Invitational 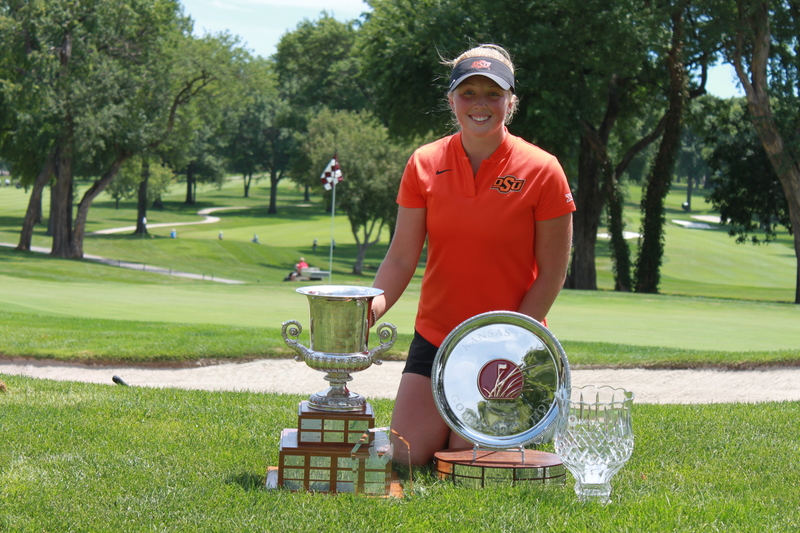 The Prairie Invitational is a premiere women’s event in Kansas City for amateur and professional players. It's purpose is to enhance women’s golf and junior women’s golf not only in the Kansas City area, but on a regional level. Formerly known as the Women’s Amateur of Kansas City, the Prairie Invitational was founded to determine the best female golfer in the Midwest.  The 2017 event was the first time the event was conducted over 54 holes in the Open Division, and was also the first year the event was included in the World Amateur Golf Rankings.

The championship includes two-separate divisions.  The Open division is targeted toward expert level players and will be played at a championship yardage of 6,100-6,200 yards.  The Open Division features a cut to the low 18 players and ties after play on Tuesday with a final round finish for those who advance on Wednesday.  A 36-hole Players division will be for gross and net players who want to play from the traditional ladies tees.

The inaugural Prairie Invitational was held at Falcon Ridge Golf Club in June of 2014 with 49 players. The tournament showed significant growth over the previous Women’s Amateur of Kansas City.  The second Prairie Invitational was held at Staley Farms Golf Club in June of 2015.  The field grew again to 66 players and attracted excellent players from across the Midwest. Cassidy Stelzmiller, a California native who played collegiate golf at The University of Nebraska, won the event with a phenomenal second round finish to top an extremely talented field.  Lawrence Country Club won the first Prairie Invitational Pro-Am Team Championship with head golf professional Kristen Samp and Catherine Shenoy.  Caroline Klemp finished as the Low Junior competing in the Open Division.  The 2016 Prairie Invitational was played at The Country Club at Loch Lloyd in July with a record field of 76 participants.  Kayla Eckelkamp of Washington, Missouri won the Open Division with a very solid even par performance.  Caroline Klemp took home Low Junior honors for the second straight year.

The 2018 Prairie Invitational was held on July 23rd-July 25th at Indian Hills Country Club.  It proved to be an excellent test of golf for both the Open and Players Divisions.  The tree-lined fairways and undulating greens made making par very difficult and gave up very few birdies.  The course gave up a low single round score of 71 (+1) and a record-high winning total of +14.  Emma Whitaker of Wichita, Kansas claimed the Open Division title over defending champion Kristen Samp.  She also won the Kansas Women's Amateur Title.  Reagan Zibilski of Nixa, Missouri won the Open Division Low Junior award, while Julia Misemer claimed the Kansas Low Junior.  Hope Robinett won the Players Division Gross title, and her twin sister Hanna Robinett won the Players Division Net title.

Dr. J. Douglas Cusick served as the title sponsor again in 2019.  The Cusick family’s dedication to promoting women’s golf in the area has been a tremendous boost to the event and to the Girls Performance Initiative.  Additional sponsorship opportunities are available for the 2019 event.  For sponsorship information, please contact Jacque Madison (913-649-5242 x2 or jacque@kcgolf.org).