Click here to register for the KC Fourball Championship

The 2017 KC Fourball Championship was held at Shoal Creek Golf Club June 26 and 27. Twenty-two teams competed in the event with the top 16

teams advancing to the Heart of America Fourball Fin 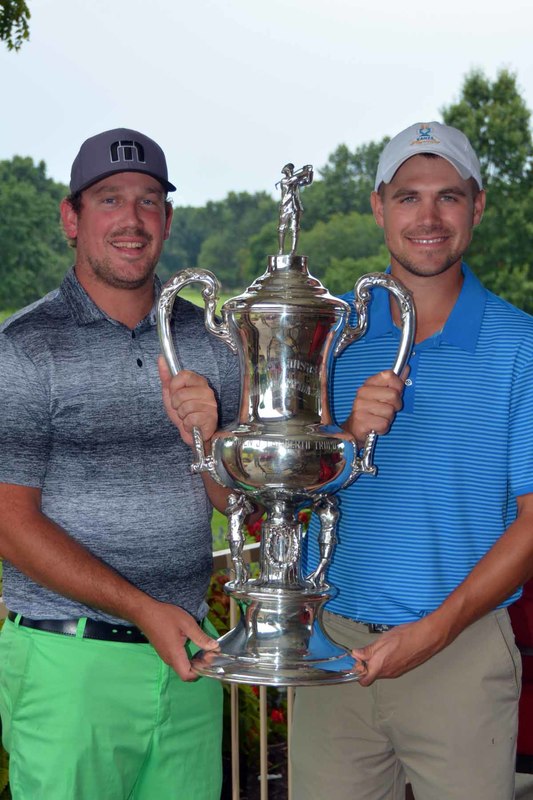 During the first round of the Fourball Championship inclement weather caused two rain delays. Jeff Bell and

Elliot Soyez didn’t let the delays slow them down, however. They carded eight birdies and only one bogey and

fired a seven-under par, 64, on day one. They took a three-shot lead over Travis Mays and Brent Mertz who

were in second place heading into the final round.

Bell and Soyez continued right where they left off during the second and final round of the Fourball Championship. With four birdies and a clean card on the back nine, Bell and Soyez shot a five-under, 66, to

win the 2017 KC Fourball Championship. Mays and Mertz also shot 66 on day two and finished three strokes behind Bell and Soyez. There was a two-way tie for third place at eight-under by Don and Tripp Walsworth

and Jeff Mason and Sam Parrot.

Bell and Soyez even went on to win the Heart of America Fourball championship as well.

Have a smartphone? Download the Golf Genius app for iPhone, iPad and Android for live